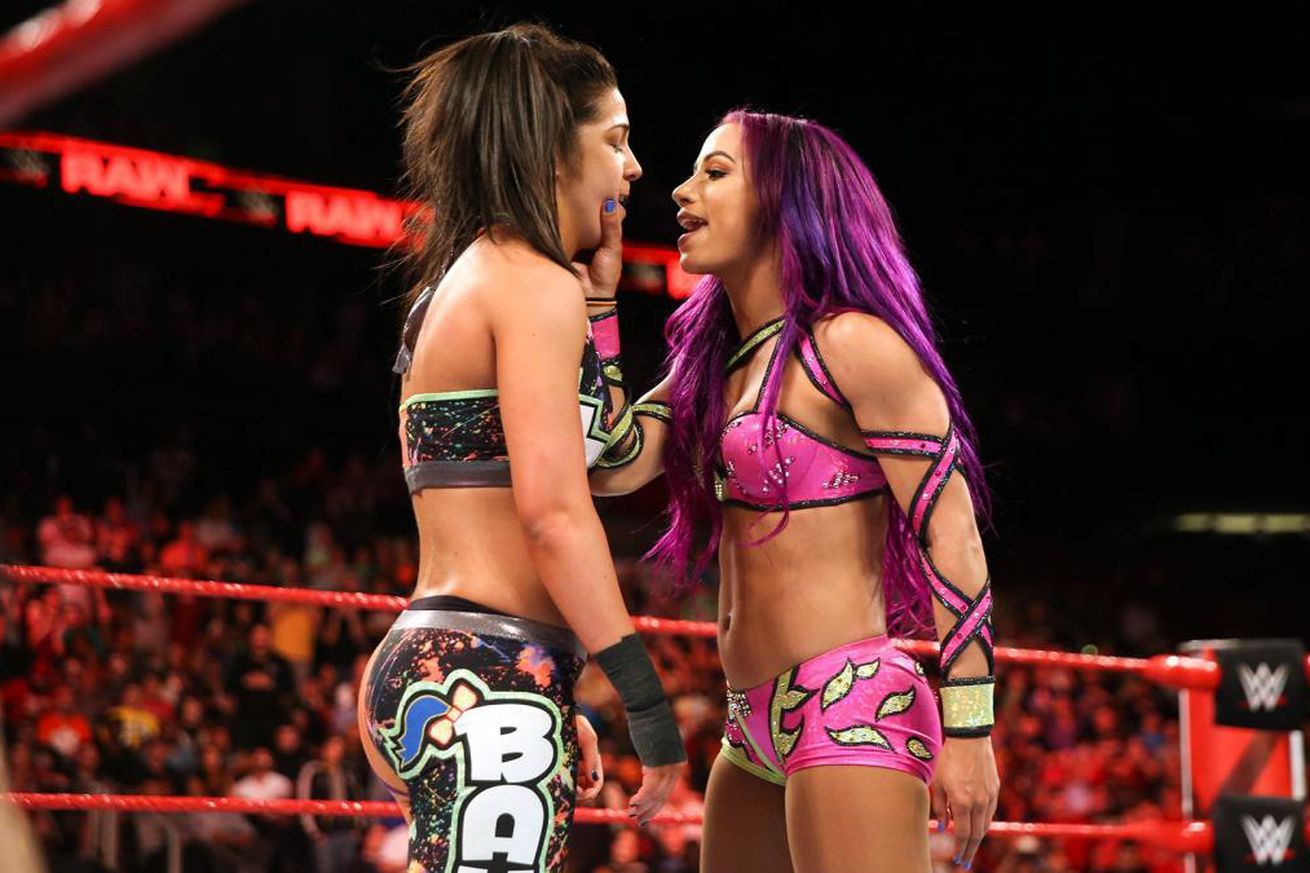 OK, so bear with us here, because this gets a little complicated. Bayley is all but guaranteed to go to WrestleMania as Raw Women’s Champion, with Sasha Banks once again providing a critical assist to help The Huggable One beat Charlotte Flair at WWE Fastlane (a helping hand Bayley seemed a tad conflicted about).

Raw Commissioner Stephanie McMahon — having decided said interference was not fair to Flair — decreed Bayley would battle Charlotte once more at WrestleMania. General Manager Mick Foley disagreed, and thought Sasha should battle Charlotte for the No. 1 contender’s spot.

A compromise was struck: Bayley would face Charlotte no matter what at The Show of Shows, but if Sasha beat Bayley in a friendly, it would be a Triple Threat Match. Lose and she’s out.

Long story short? She won. In fact, The Boss dug pretty deep against her friend with her spot at The Ultimate Thrill Ride on the line; her offense gradually got more aggressive as the match wore on.

And in an ironic twist, Dana Brooke attempted to distract the ref once the Bank Statement was cinched in, only Banks thwarted Charlotte’s interference and forced The Huggable One to tap. And then, Charlotte laid out both Superstars with big boots. The message: One challenger or two, The Queen is coming back for her crown.