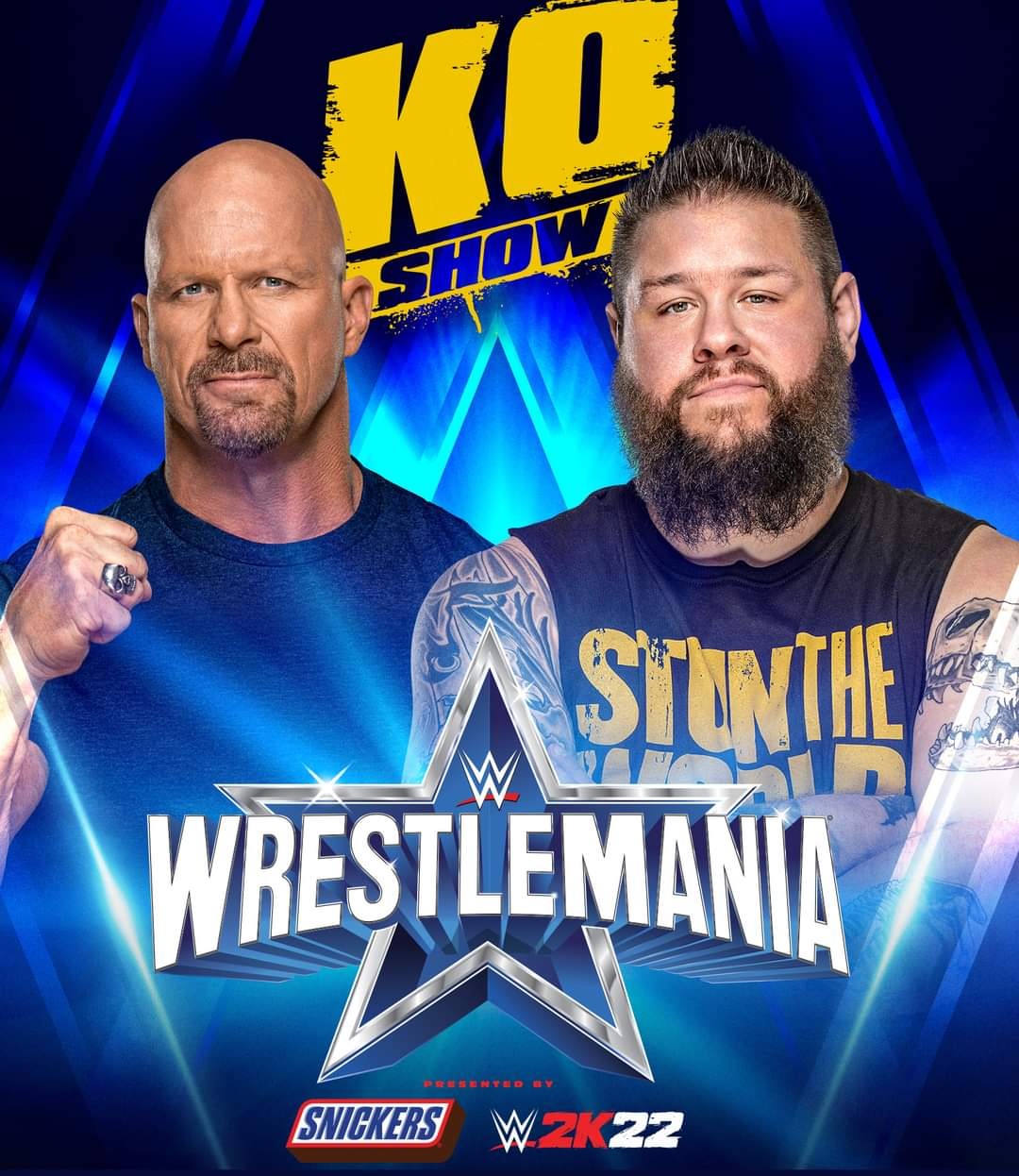 Steve Austin vs Kevin Owens : Owens came to the ring and cut a promo before the planned “KO Show” segment, saying maybe he went too far with his anti-Texas trash talk. He then said he was sorry for “telling the absolute god’s honest truth” about the state and that Texas is even worse than he remembered.

Austin’s music hit and cut Kevin Owens off, drawing an enormous pop from the Texas faithful. After soaking in the reaction on the stage, Austin left and returned on an ATV, circling the ring before entering and going corner to corner celebrating.

Steve Austin took his seat on the KO Show set and ran down Owens for his “stupid haircut” and trash talk about Texas, calling Owens a “stupid son of a b—-.” After some back and forth trash talk, Owens said that, in reality, he tricked Austin and didn’t want to talk.

Instead, Kevin Owens said, he was looking for a fight. Owens challenged Austin to a match, saying that Austin had no reason to turn down a No Holds Barred match on the spot. After Owens continued trash-talking Austin, Austin called for a referee and the match began.

The two men started off trading punches before Steve Austin stomped a mudhole in Owens while he was down in the corner. Austin continued bringing the fight, tossing Owens from the ring and repeatedly calling for mid-match beers.

The brawl continued outside the ring, with Kevin Owens getting the better of the brawl briefly before they went into the crowd, with Austin’s punches and chops wearing Owens down. Owens put Steve Austin down on the outside with a suplex on the concrete.

Austin wouldn’t be kept down, however and stormed back, dumping Owens on the announce table and forcing him to retreat to Austin’s ATV. Austin gave Owens a ride up the stage and punished him on the entrance stage, hitting multiple suplexes.

The action returned to the ring where Owens hit a stunner out of nowhere after Austin chugged a few beers but Austin managed to kick out. Owens left the ring to grab a steel chair but missed Austin, hitting himself in the face as the chair rebounded off the top rope.

Austin hit a stunner, scoring the pinfall to win the match. As a pure wrestling match, this wasn’t anywhere near the best of either man’s career. As a purely “special moment” that played to the fans and the “big moments” of WrestleMania, it was fantastic.

Given Austin’s physical limitations — the impact of a long history of knee injuries was particularly clear throughout — you can’t ask for a much better “walk and brawl” style match. Steve Austin def. Kevin Owens via pinfall.

The Mysterios vs The Miz and Logan Paul : WWE WrestleMania 38 results

Love me like you do – Cover by Siena Belle