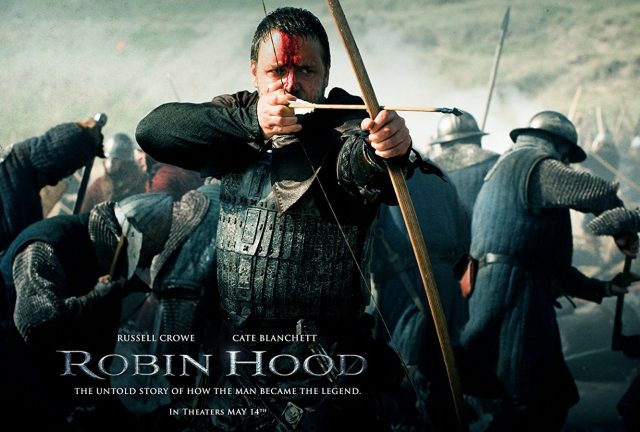 Academy Award® winner Russell Crowe and visionary director Ridley Scott (Gladiator) reunite for the untold story of the man behind the legend.

In an age of oppression and shameless tyranny, an outlaw becomes the unlikely hero that saves a nation and inspires generations to fight for freedom.

Robin Longstride (Russell Crowe) fights Sir Godfrey (Mark Strong) and the French alongside Marian (Cate Blanchett) and Prince John (Oscar Isaac) on the beach below the Cliffs of Dover.