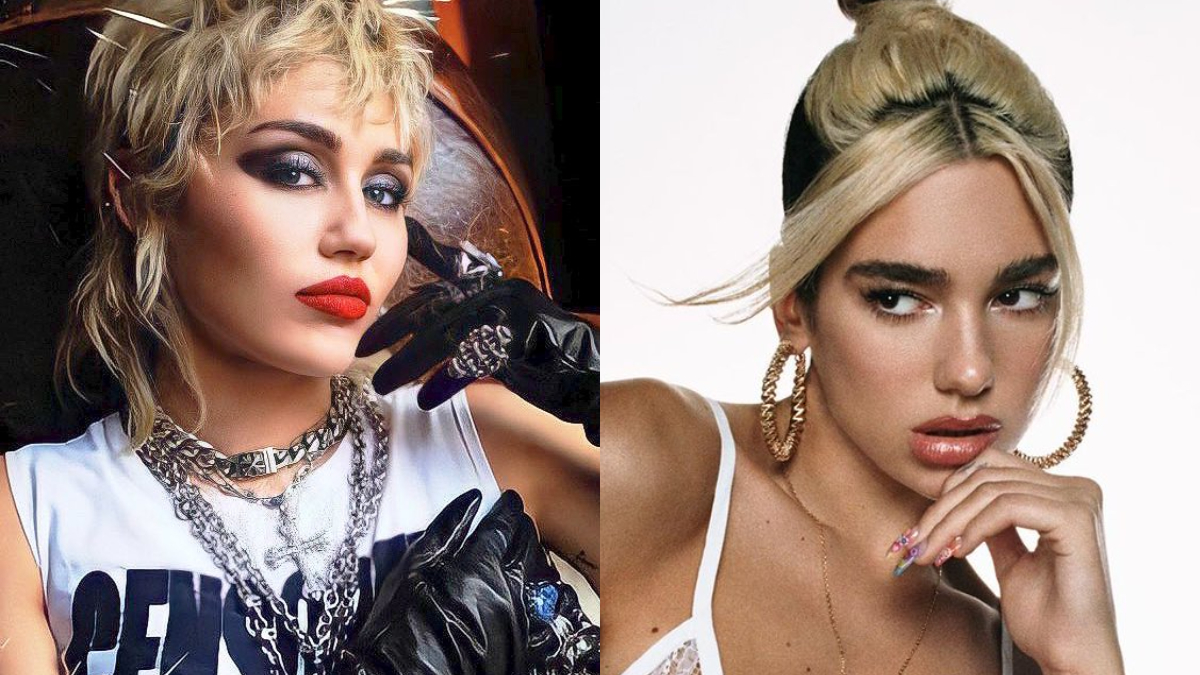 Miley Cyrus teased her upcoming single featuring none other than Dua Lipa and fans are already going wild.

Taking to social media this morning, Cyrus announced that their duet, “Prisoner,” will be releasing tonight at 7 p.m. ET.

The “Midnight Sky” singer built excitement for the track with an image of herself and Dua Lipa together with Cyrus’ ensemble for the album artwork including a white crop top, a black bralette and matching black leather mini shorts over fishnet tights.

Fishnet tights are a surefire way to add a bit of flair and edge to an ensemble; the legwear silhouette is a favorite of Cyrus herself as well as Gwen Stefani, Lady Gaga and Cardi B among other stars.

Rumors first flew around a duet between Cyrus and her British counterpart when the “Hannah Montana” alumna shared an image of them together in a recording studio in August.

In the photo, the former Disney Channel star continued her signature edgy look as she showed off her mullet haircut in a white tank top, striped black and white pants and layered chain jewelry; she finished off the bold ensemble with patent leather pointed-toe booties.

While Miley Cyrus herself is best known for her hit albums and box office films, she also dips her toes in the fashion and shoe space.

The “Last Song” star made an appearance on the runway at the Marc Jacobs’ fall ’20 show and has also sat front row at shows for top labels such as Tom Ford and Saint Laurent. She also has worked with Converse on a series of pride-filled shoe collections.

The Converse collaborator has been vegan for years, and she embraces wardrobe pieces that are cruelty-free.

In fact, at last year’s Met Gala she teamed a Saint Laurent minidress with a custom vegan leather version of the brand’s Paige platform sandals.

Her other go-to designers for fashion and apparel include Versace, Alexandre Vauthier and Azalea Wang amongst others.

Ariana Grande slams TikTokers for partying during the pandemic

How To Open Word Document Without Microsoft Office in Windows 10

Best Microsoft Excel Shortcuts that you didn’t know about

Worst Fashion : Times when Selena Gomez was not the best...

Walnox - August 20, 2020 0
She normally gets it spot on – both on and off the red carpet. But earlier today Selena Gomez suffered a...