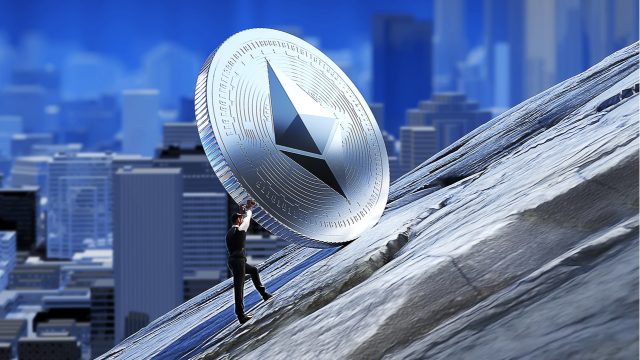 Bitcoin remained under the $40,000 level on Sunday, as bears continued to pressure cryptocurrency markets. This pressure also kept ethereum lower, with the world’s second-largest crypto hovering around its long-term support level.

Sunday saw the price of bitcoin (BTC) trade lower for a fifth consecutive session, as it was unable to shake off recent bearish pressure.

Today’s move sees BTC fall to its lowest point since February 28, and is fast approaching its long-term floor of $37,600.

As a result of recent declines in price, mid-term momentum in the market has shifted, with the 25-day (blue) moving average crossing below the 10-day (red) MA.

This is the first time since December 27 that we have seen such a cross, with the 25-day crossing below the 10-day from an upwards position.

Such a shift in momentum could signal even more declines in price in upcoming sessions.

Although ethereum (ETH) was also lower on Sunday, its decline appeared to look more like consolidation than an actual selloff.

This shows that prices are somewhat climbing, despite the onslaught of bearish action currently taking place in crypto markets.

A reason why we could be seeing this from ethereum and not bitcoin (BTC), is that currently the $2,550 support in ETH/USD seems well defined, as bitcoin still looks to be in search of its floor.

Looking at the chart, the same can be said for the 14-day Relative Strength Index, which also has found support at 41.80, helping to give bulls a firm ground on which to stand on with potential future positions.