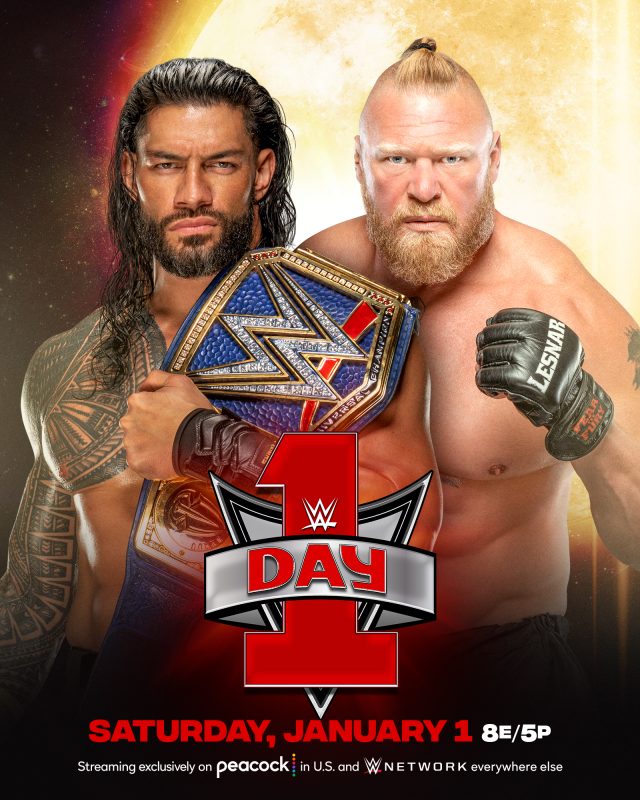 Brock Lesnar will challenge Roman Reigns for the Universal Title at WWE’s upcoming Day 1 pay-per-view after all.

The ‘Beast’ returned on Friday’s SmackDown episode, completely wrecked Sami Zayn’s own title tilt and was then announced as Roman’s next opponent.

Brock had promised to be in Sami’s corner for the main event, but ended up hammering the delusional heel with some F5s before tossing him to the wolves.

Reigns went on to squash Zayn in a short headliner.

The bigger story here is that WWE are loading up Day 1. They obviously believed that a filler opponent (like Sami, or perhaps a babyface if the heel vs. heel thing didn’t work for them) wouldn’t cut it on the New Year’s Day event.

It’ll be interesting to see what the promotion has in mind for Reigns come January’s Royal Rumble too – a rematch with Lesnar is always possible if the showdown at Day 1 goes to a non-finish, but that’s guesswork really.

In the short-term, fans should expect Brock to stick around on SmackDown and build towards this title match. It’d be foolish to let Roman do all the heavy lifting.