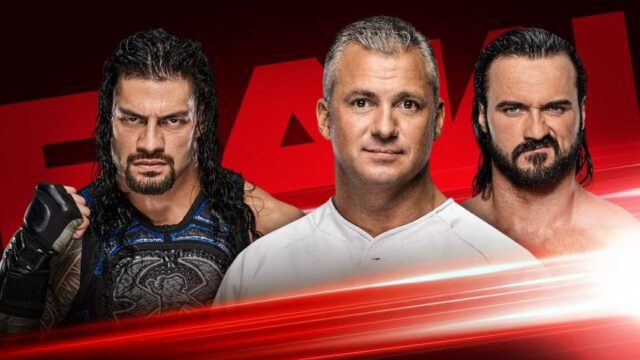 McMahon has McIntyre pick Reigns up. McMahon mocks Reigns’ corner taunt and connects with a Spear. McMahon picks Reigns up one more time for McIntyre to hit with another Claymore Kick.

All of a sudden THE UNDERTAKER’S MUSIC HITS!! The lights go out. The Undertaker is standing in the ring when the lights come on. Undertaker catches McMahon and gives him a Chokeslam.