WALNOXLatest Topics in the World of Fashion and Movies
HomeAll VideosWWE RAW : Braun Strowman vs Elias - Symphony of Destruction Match...
All VideosSports 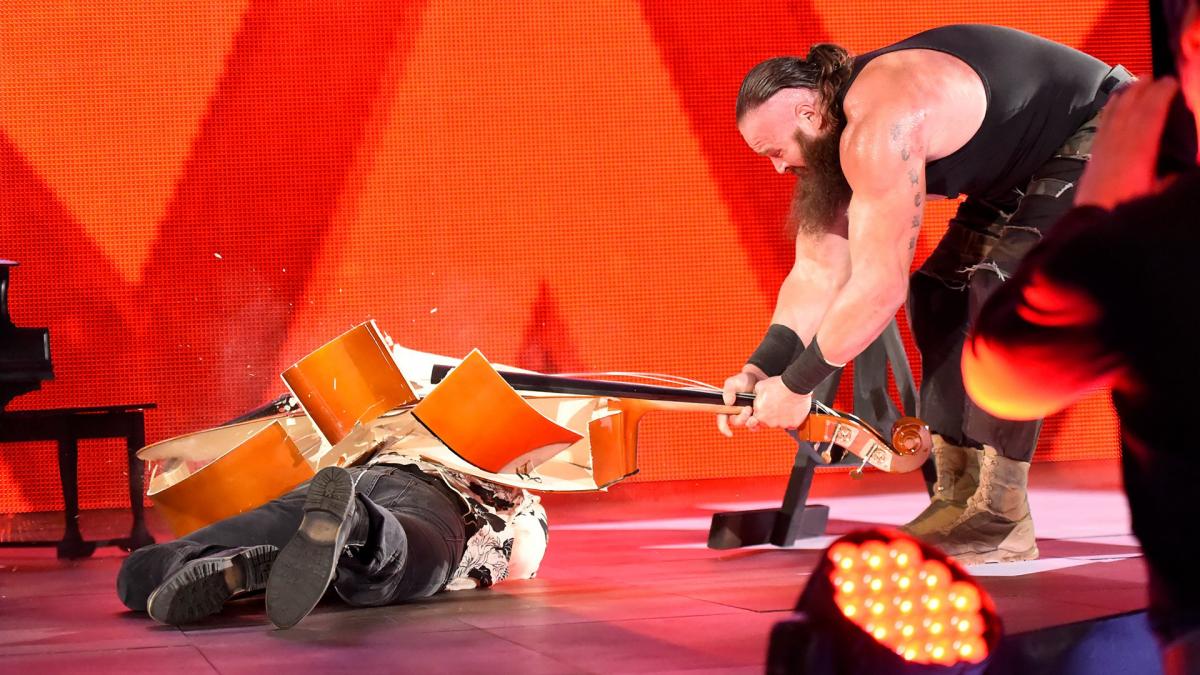 Braun Strowman vs Elias : The stage is decorated with a grand piano, a drum set, and a bunch of numerous guitars. Elias is at the piano playing. Elias says he’s the living amongst the dead. Everything he touches and says is given life.

Elias plays a trill on the piano and asks, “Who wants to walk with Elias?” Elias loves symphonies. They’re classy and sophisticated, the opposite of this scumbag town. Elias says guitar isn’t the only instrument he’s mastered.

Elias sits at the drums and plays a riff. Elias then grabs a guitar and says Braun Strowman may be a monster among men, but he’s living in Elias’ world. Braun Strowman will find out that WWE stands for “Walk With Elias.”

Elias tells them to hit the lights and give him a proper introduction in the ring. The lights shine on a stool, but Elias is nowhere to be found. Elias used the lights going down as an opportunity to run away.

Elias is running backstage trying to get out of dodge. Elias leaves the arena and gets in a car. Elias revs the engine, but he isn’t moving. Elias looks in the rearview mirror and sees Strowman holding the car up to prevent the wheels from moving it! Elias runs away, and Strowman chases him!

Elias stumbles onto the stage, and the bell rings. Strowman kicks him in the ribs, and Elias rolls down the ramp. Strowman bounces him off the apron and puts him in the ring.

Elias throws him across the ring and avalanches him before clubbing him in the chest. Strowman poses for the crowd and scoops Elias up. Elias slides off and chop blocks the knee twice before smacking the guitar off Strowman’s back.

Elias clubs the back and knees him in the head to take him down. Elias goes to the top rope for a diving elbow drop for a one count. Strowman emphatically kicks out. Strowman easily counters a suplex and punches him out of the ring. Strowman kicks him in the ribs and brings him up the stage. Strowman clears the commentary table.

His back is bleeding from the guitar shot. Strowman goes for a Running Powerslam through the commentary table, but Elias rakes the eyes. Strowman quickly powers him into the LED stage before throwing him into the guitars.

Strowman then looks at a standing bass and slams it off Elias’ back! Strowman slides him under the grand piano and sits down at the bench. Strowman clangs on the piano keys and kicks the bench away. Strowman then breaks the piano onto Elias before flipping it over. Strowman then covers for the easy win.

Little Mix – Between Us | Music with Lyrics