WALNOXLatest Topics in the World of Fashion and Movies
HomeAll VideosWWE Payback : Randy Orton vs Bray Wyatt - House of Horrors...
All VideosSports 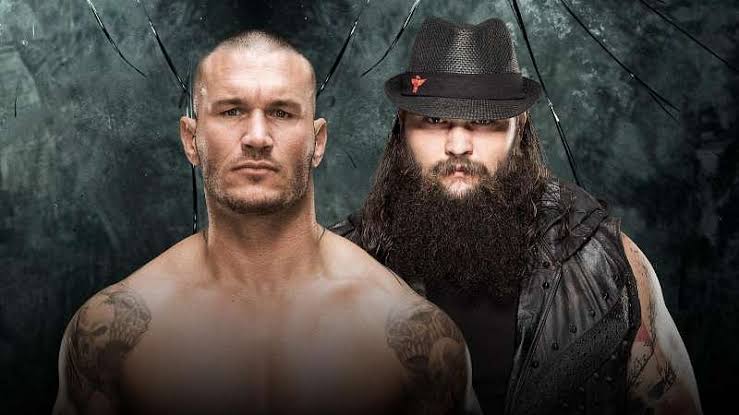 Randy Orton vs Bray Wyatt : The match began with Orton entering the match in a limo, which began in Wyatt’s ‘House’. Randy Orton broke open the door to the house and was prepared to face the ‘Eater of Worlds’, but Bray Wyatt ambushed the Viper and began destroying Orton, as he threw him through a table and unloaded on Randy.

The ‘Eater of World’s’ magically disappeared and continued ambushing him intermittently. Randy was introduced to some weird things within the house as Bray Wyatt attempted to attack him yet again. However, this time the ‘Viper’ countered but only for a limited time as Wyatt continued his domination, much to Orton’s disappointment.

Orton continued exploring the house and entered the kitchen and the ‘Face of Fear’ tried once again to ambush the ‘Legend Killer’, but the Viper countered once more and this time beat Wyatt down.

Things took a turn for the worse, however, when Wyatt threw a fridge on Randy Orton. This seemed to greatly please him as he celebrated his defeat of Orton with laughter and screaming. Wyatt exited the ‘House Of Horror’s’ and kneeled on the ground and screamed ‘Follow the buzzards’, which seemed to affect the house.

Wyatt then left for the arena singing ‘He’s got the whole world’ in a limousine.

Wyatt returned to the arena, fatigued and out of breath as he slowly made his way to the ring, with many people wondering where Randy Orton was. Bray Wyatt then entered the ring with his signature lamp in hand and the ‘Fireflies’ surrounding him.

Wyatt entered the ring and blew out his torch and to the shock of the WWE Universe, the ‘Viper’ was right behind the ‘Eater of World’s’ with a chair in hand.

The match was then taken outside the ring, but both men were physically exhausted. However, Orton dominated the in the early minutes of the match, taking a chair to Wyatt’s back. Orton then threw Bray back into the ring and prepared to set him up for the ‘RKO’ and as he was preparing to deliver it, in came the Singh brothers.

Orton beat the brothers and Bray Wyatt took advantage by going for a ‘Sister Abigail’. Orton countered and delivered an ‘RKO’ out of nowhere.

He seemed to have the match in hand, but an ambush from #1 Contender Jinder Mahal knocked the ‘Viper’ out. Bray Wyatt ended the match with ‘Sister Abigail’ and the ‘Eater of World’s’ came out victorious.