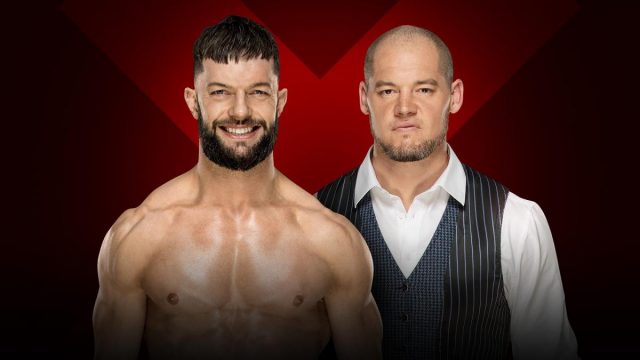 Finn Balor’s entrance had the usual raucous response from a crowd already fired up by an earlier title change when The B-Team became the new Raw Tag Team Champions.

‘Constable’ Corbin, on the other hand, received a few boos, but the crowd was mainly indifferent. He had the ring announcer repeat his name and his position at the non-response from the fans, which drew some jeers.

Corbin started the bout well, knocking down Balor and dominating with knees and kicks. He continued to wear him down with a modified headlock. Early on in the match, Corbin was able to counter each of Balor’s attempts to get back in the bout and kept him grounded.

The pace changed when he stopped a charge by Corbin in the corner with a dropkick. He knocked Corbin down with a flying forearm and went to the top rope. Corbin caught out Balor and hit him with a Chokeslam Backbreaker.

Balor tried to come back with a Slingblade, but could not take advantage as Corbin hit him with a magnificent Deep Six. Balor dropped Corbin to the corner with a dropkick after countering a Powerbomb attempt.

He went for the Coup de Grace, but Corbin caught him and tried to hit an End of Days. This time it was Balor who countered and turned the End of Days into an Inside Cradle to pick up the three-count.

The bout was about counters, with Balor trying his best to stop Corbin early on and finally being able to make a comeback in a match where he was portrayed as the Underdog.

The feud is clearly far from over, with Finn Balor’s win coming from an Inside Cradle instead of a decisive Coup de Grace.