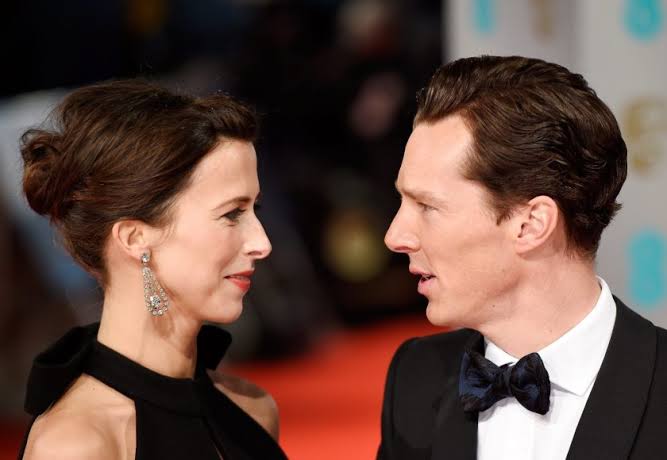 Benedict and Sophie Meet : According to reports, the duo first met in 2009 on the film set of thriller Burlesque Fairytales (his future wife played one of his sidekicks Annabel Blythe-Smith).

Although he was a taken man then – dating actress Olivia Poulet, before they split in 2011. He then briefly dated designer Anna Jones in 2012.

Sophie and Benedict are thought to have started dating in 2013, however the couple make effort to keep their private life away from the public eye.

Cumberbatch’s sister Tracey Peacock once said: ‘You would have to be a pretty smart cookie to keep up with him.

I think that is possibly why he has trouble with girlfriends,’ adding, ‘he is such a lot like Sherlock – he is quick-thinking like him, but not harsh.

He’s incredibly well read. In comparison to some he is quite an intellectual.’ We have no doubt Sophie can keep up with him.

When did Sophie and Benedict get married?

You could hear the sound of a million hearts breaking when a Cumberbatch engagement announcement appeared in The Times in November 2014.

‘The engagement is announced between Benedict, son of Wanda and Timothy Cumberbatch of London, and Sophie, daughter of Katharine Hunter of Edinburgh and Charles Hunter of London,’ it read. ‘That’s what I would have done if I wasn’t famous,’ the actor later explained.

The pair then tied the knot on the most romantic day of the year, 14th February, in 2015, opting for a low-key ceremony in the 12th century church of St Peter & St Paul near Brighstone on the Isle of Wight.

The two of them have two sons – Christopher Carlton and Hal Auden.

Here are some cute pictures of the two of them.

Gal Gadot in her sexy pantsuit looks from the red carpet!