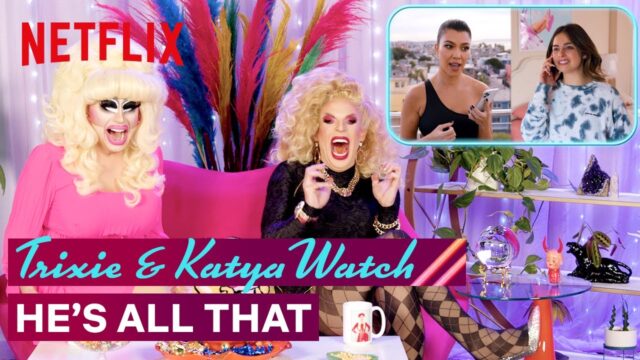 Drag queens Trixie Mattel and Katya react to the new Netflix film, He’s All That, in this new episode of “I Like to Watch.” The film stars Addison Rae, Tanner Buchanan, Kourtney Kardashian, Madison Pettis and Rachael Leigh Cook.

An influencer specializing in makeovers bets she can transform an unpopular classmate into prom king in this remake of the teen classic “She’s All That.”