Top 5 : Celebrity Kids Who Are a Copy of Their Famous Parents 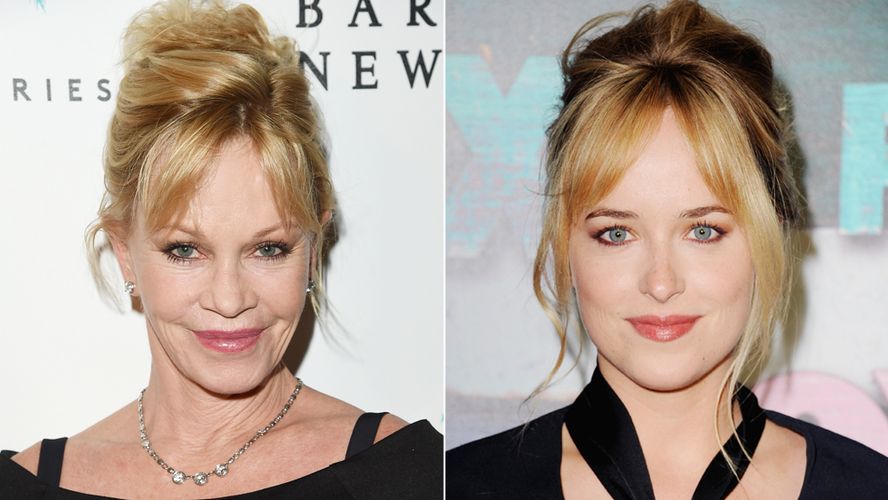 Donna Summer, a famous singer, and songwriter from the U.S. had a lot of accomplishments. For example, she had 5 Grammy Awards as well as 42 hit singles in the U.S. Billboard Hot 100.

What is more, the singer became the first artist whose double albums were #1 in the U.S. Billboard 200 chart three times in a row.

You might recognize such songs as I Feel Love or No More Tears. Sadly, Donna Summer passed away in 2012. She had three daughters, and the youngest, Amanda Sudano, is also a singer and a model.

Dustin Hoffman is a popular actor with lots of memorable roles that he’s played during his long career. His son Jake Hoffman looks really similar to him, but that’s not all – he also has a similar career path.

Jake is an actor and a writer. One of his most recognizable roles was in The Wolf Of Wall Street, where he shared the film set with Leonardo DiCaprio himself.

He has a number of upcoming projects, and with his genes, the man has all chances to build equally as brilliant a career as his celebrity dad’s.

Madonna is an iconic singer for several generations of people. She is recognized as a great artist all over the world, which is not at all surprising, given that she has over 200 awards for her music and as many as 658 nominations!

Madonna’s songs La Isla Bonita, Hung Up, Vogue, and many others got her millions of devoted fans from across the globe during her long career.

The legendary singer has six children, and model Lourdes Leon is one of them. Lourdes is actively building her career now by participating in ad campaigns and fashion shows.

Calvin Cordozar Broadus, more known as Snoop Dogg, is a famous rapper from the U.S. with a long and successful career. His very first album was produced by Dr. Dre, who saw this artist’s potential right away.

And this isn’t a story of one successful album – Snoop Dogg has released lots of other popular songs. Cordell Broadus, who is the son of this rapper, chose a different career path. He is now the creative director of a brand of clothes called Joyrich. The brand is known for its cool designs in the ’90s style.

There are some truly legendary bands in music history, and Aerosmith is definitely one of them. This band’s wild popularity was mainly possible thanks to the frontman, Steve Tyler.

The unusual tricks he did while performing on stage and his voice contributed to Aerosmith’s success. Steve Tyler and model Bebe Buell had a gorgeous daughter Liv, who later played an elf called Arwen in the beloved by everyone The Lord Of The Rings movies. Liv Tyler has played roles in lots of movies, including Lonesome Jim, The Incredible Hulk, and many others.

We Watched It All | Lyrical Music Video