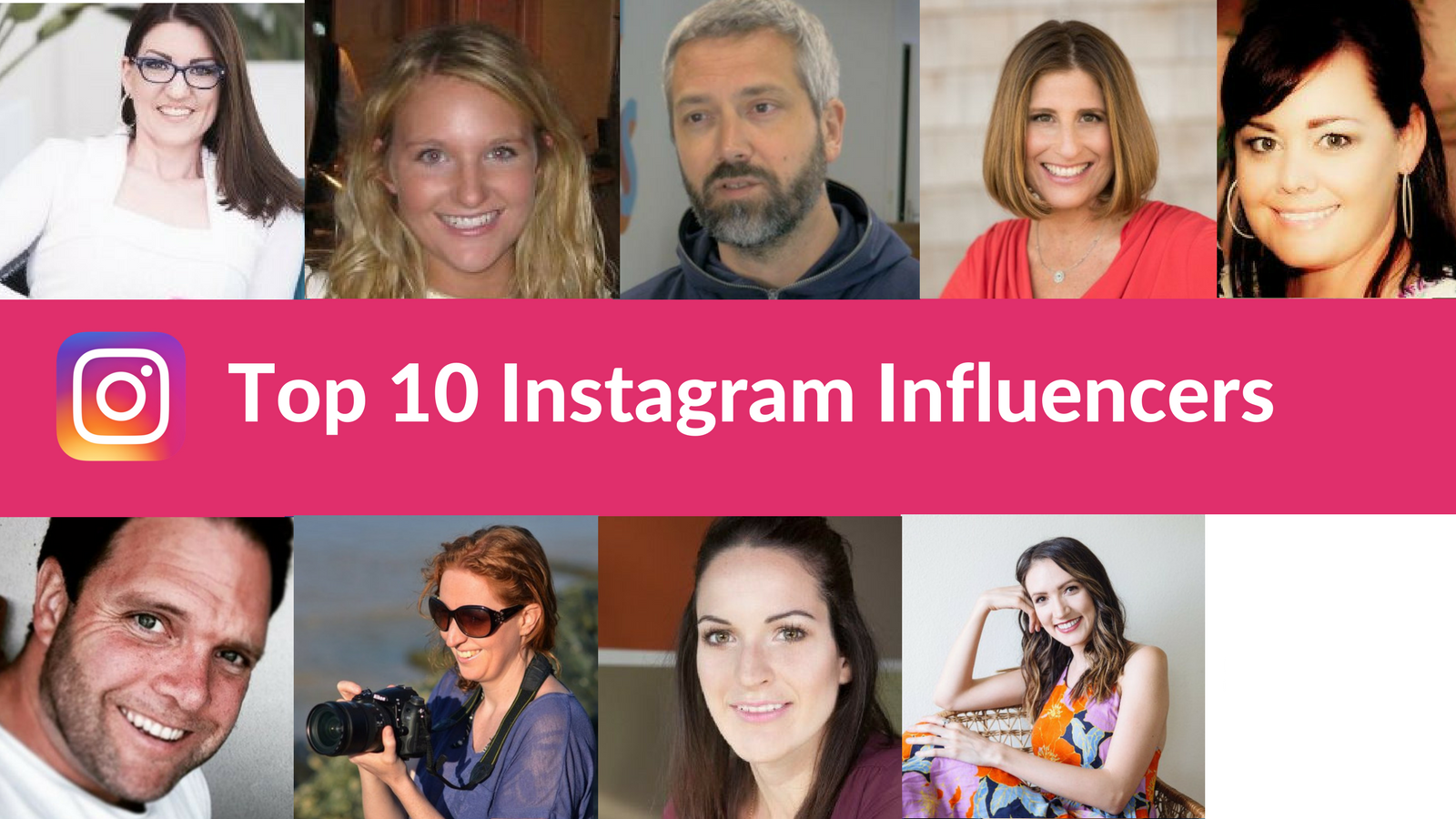 Finding influencers on social media can seem daunting to brands. That is the reason that influencer platforms were first set up – to simplify the influencer search process for brands.

It is not a simple process determining who top Instagram influencers are, and it would be impossible to categorically state who were THE top 10 Instagram Influencers. Influence very much relates to the niche that a person operates in.

You certainly can’t go by followers alone – the Instagram accounts with the most followers tend to belong to celebrities, and any influence they have is because of their celebrity status, rather than their Instagram prowess.

There are many non-mainstream niches which have people operating Instagram accounts who are recognized as experts in their field but have smaller follower numbers, simply because of the limited support for that genre.

Of course, relying on follower numbers is not a good indication of influence, even within a particular niche. In reality, to be an influencer you need to be engaged with your audience, not simply a broadcaster.

Despite the limitations just mentioned, we have come up with a list of 10 Instagrammers who we believe are influential in their niches. Although it doesn’t include people who have gained celebrity status off the net, our list does include a few people who can be considered internet personalities.

Back in March the New York Times published an article, Is Huda Kattan the Most Influential Beauty Blogger in the World? As with many of these top influencers, Huda is firstly and foremostly a blogger who also operates on Instagram (albeit having a huge Instagram following in its own right).

Instagram is an ideal medium for the makeup and beauty sector, being a perfect way to show off examples of good (and not so good) makeup applications.

Huda is very strong at showing makeup trends, reviews and how-tos. She mixes static images and video in her Instagram feed. She is a businesswoman herself and has her own range of makeup.

Cameron Dallas is one of the new breed of internet personalities, who has built up a celebrity status due to his internet activities. He is probably even better known online on Vine and YouTube than he is on Instagram (although he does have a tremendous following).

His Instagram snaps, appear to be mainly of him and his friends enjoying themselves in a wide variety of settings.

Somewhat appropriately for an internet personality, he has followed a backward celebrity route, having moved from internet fame to having his own television show – Chasing Cameron – although even that is on Netflix – which is, of course, delivered over the internet.

Zach King is another film-maker and personality who found fame on the internet. As with Cameron Dallas, his main channels are Vine and YouTube, although he also has a huge Instagram following.

Considering that he is a filmmaker, it is no surprise that most of Zach’s Instagram postings are videos.

Initially a Venezuelan model, Michelle Lewin is a South Florida-based star of the fitness world. She increases her followers across all of her social media channels by an astounding 20,000 per day.

She promotes a variety of workouts, products, and ways for her fans to get fit. She is clearly fit herself and encourages her supporters to exercise as well.

As with many of the other internet personalities in this list, Nash Grier came to fame making videos, in this case on Vine, beginning in 2013 when he was still a 15-year-old freshman at high school. For a while, he shared a house with fellow internet personality, Cameron Dallas.

Nash has released mobile games and social media apps including Cash Dash, Mobli, and Challenged. He his own website,  where fans can buy his merchandise and an Aéropostale clothing line called “UnitedXXVI”, which he partly designed.

He has taken his fame off the internet and now makes live tours, having been as far afield as New Zealand and Australia in April this year.

Chiara Ferragni is an Italian-born, but New York-based, blogger and fashion designer. She has worked for Guess as a model and spokesperson. She runs a fashion blog named The Blonde Salad and her Instagram postings are an offshoot of that.

She has collaborated with a number of leading fashion designers, including Steve Madden, Christian Dior, Louis Vuitton, Max Mara, Chanel, Tommy Hilfiger, J Brand, and Seven for All Mankind.

Nikkie De Jager’s Instagram channel’s name states exactly what it provides – pictures of different makeup combinations, along with links giving more details about how to put together the makeup looks.

Nikkie is a Dutch vlogger from North Carolina who creates videos about makeup and lifestyle. Her main focus is on her YouTube channel, however, with 7.8 million Instagram followers, she is clearly very popular there too. Although Dutch, she presents her videos in English and uses an American accent.

Jake Paul gained his fame on Vine before moving off the internet to star in Disney sitcom, Bizaardvark. He has also built up a strong presence on YouTube.

His specialty is making comedy videos. Although he does have some videos on Instagram, most of his images appear to be shots of him going about his everyday life, including posing with a few fans.

Jake has recently launched TeamDom, an influencer marketing management and creative agency based around teen entertainment.

Kayla Itsines is a personal trainer, author, and entrepreneur, based in Australia. Time Magazine has named her one of the 30 most influential people on the internet, mainly because of her ability to use social media to promote her brand.

She has created the BBG (Bikini Body Guides) program for women which has been hugely successful. Her Instagram posts tend to feature her or other women on the BBG program, commenting on exercise done and food eaten.

She also provides travel tips to promote the beauties of her native Brazil and other South American countries.

Camila clearly works with brands, as a number of her posts are marked “Sponsored”. Her Instagram images depict the people and places she encounters in her daily life.

How to Group Apps By Category on Android in 2020

Gigi Hadid poses as a grumpy elf as the world prepares...

Walnox - November 5, 2020 0
I am not sure about the infolinks payout strategy. But, I am going to answer your question with a different...