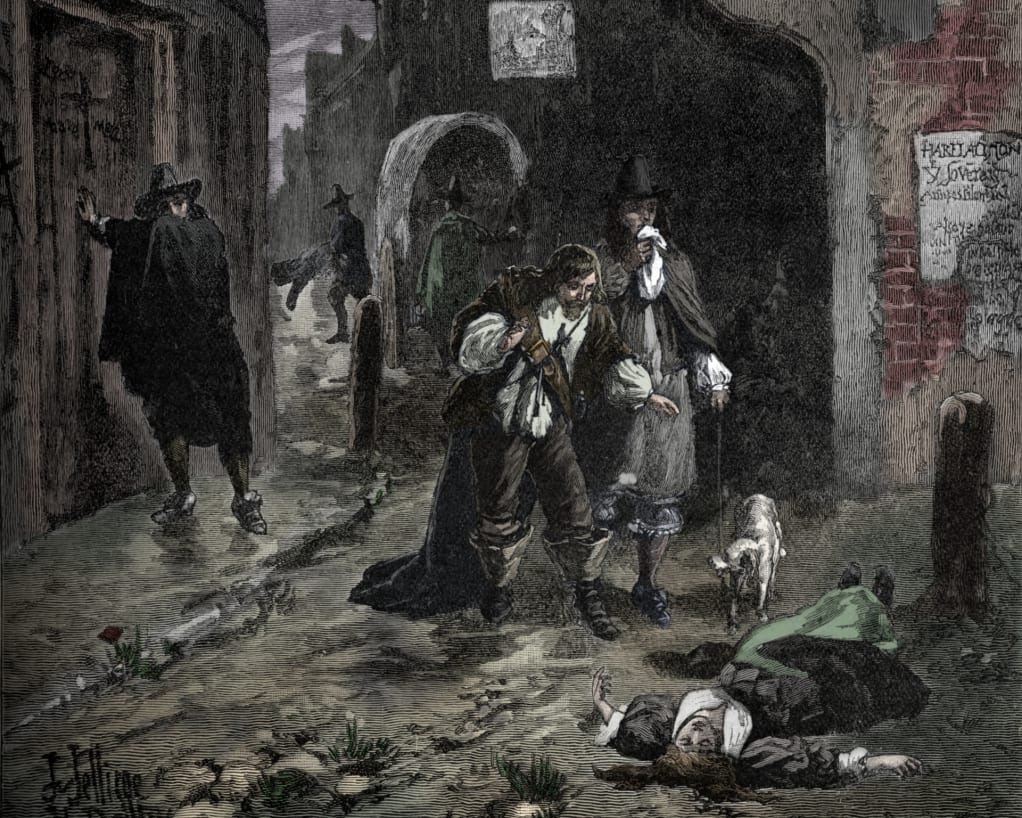 London never really caught a break after the Black Death. The plague resurfaced roughly every 10 years from 1348 to 1665—40 outbreaks in just over 300 years.

And with each new plague epidemic, 20 percent of the men, women and children living in the British capital were killed.

By the early 1500s, England imposed the first laws to separate and isolate the sick. Homes stricken by plague were marked with a bale of hay strung to a pole outside.

If you had infected family members, you had to carry a white pole when you went out in public. Cats and dogs were believed to carry the disease, so there was a wholesale massacre of hundreds of thousands of animals.

The Great Plague of 1665 was the last and one of the worst of the centuries-long outbreaks, killing 100,000 Londoners in just seven months. All public entertainment was banned and victims were forcibly shut into their homes to prevent the spread of the disease. Red crosses were painted on their doors along with a plea for forgiveness: “Lord have mercy upon us.”

As cruel as it was to shut up the sick in their homes and bury the dead in mass graves, it may have been the only way to bring the last great plague outbreak to an end.

Black Death | The Invention of Quarantine