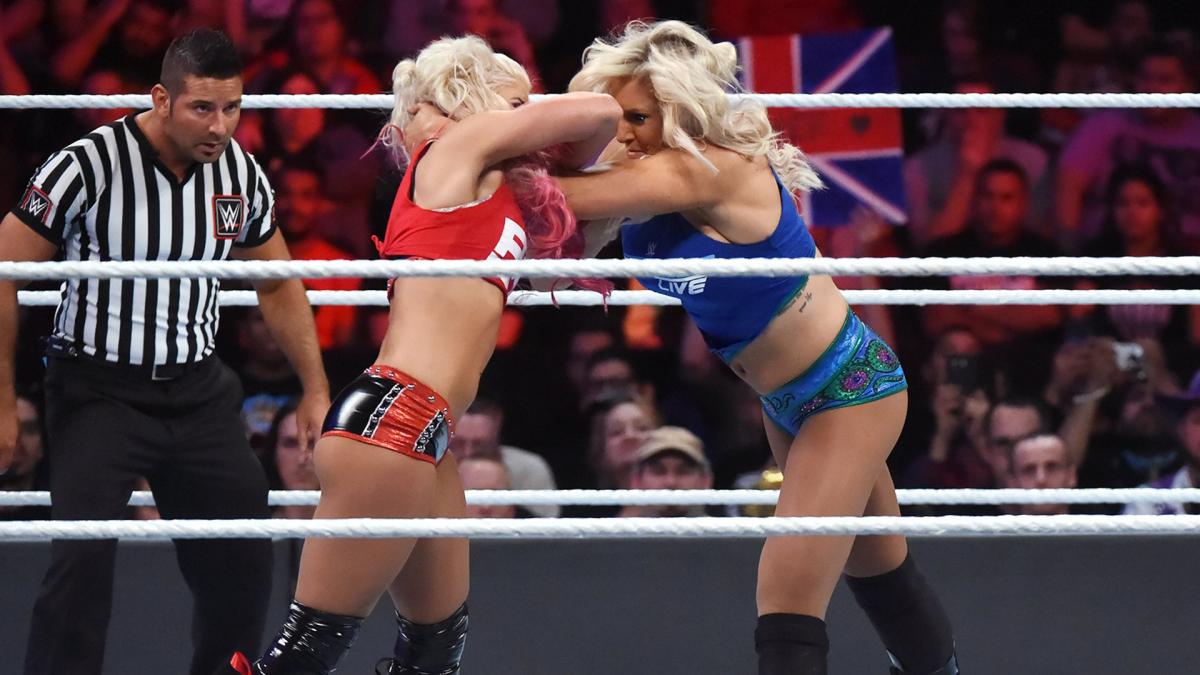 Charlotte enjoyed one of the best feel-good moments of 2017 last week, when she beat Natalya for the SmackDown Women’s Championship and got to celebrate with her father, Ric Flair, on the ramp.

As a result, this match (originally scheduled to be Alexa vs. Natalya) was changed to Charlotte vs. Alexa, with Nattie joining the women’s Survivor Series match.

After an early lockup sequence, Alexa powdered to the outside, taking her sweet time getting back in the ring. She then caught Charlotte with a nasty-looking arm drag off the apron and took over the match, working over the Queen for extended stretches.

Charlotte attempted a few comebacks, but kept getting cut off by Alexa. Bliss hit a knee stomp off the top rope for two. A sunset flip powerbomb got another nearfall for Alexa, who continues to dominate Charlotte despite a distinct size difference.

Flair laid in some chops, but her comeback attempt was thwarted once again. Alexa put on a guillotine choke, nearly getting Charlotte to pass out, but Flair lifted her up into a powerbomb for two. She hit Natural Selection out of nowhere, which Alexa just barely kicked out of.

Charlotte went up top and went for a moonsault, but Alexa rolled out of the way. Alexa hit her DDT finisher, but Charlotte got a foot on the rope to stop the count. The SmackDown champion recovered and hit a spear, leaving both women laying.

Alexa came back with a dropkick to the knees and stomps in the corner. She went for Twisted Bliss, but Charlotte got the knees up and nailed a big boot, setting up the Figure Eight lock. Alexa tapped shortly afterwards, resulting in another win for SmackDown.