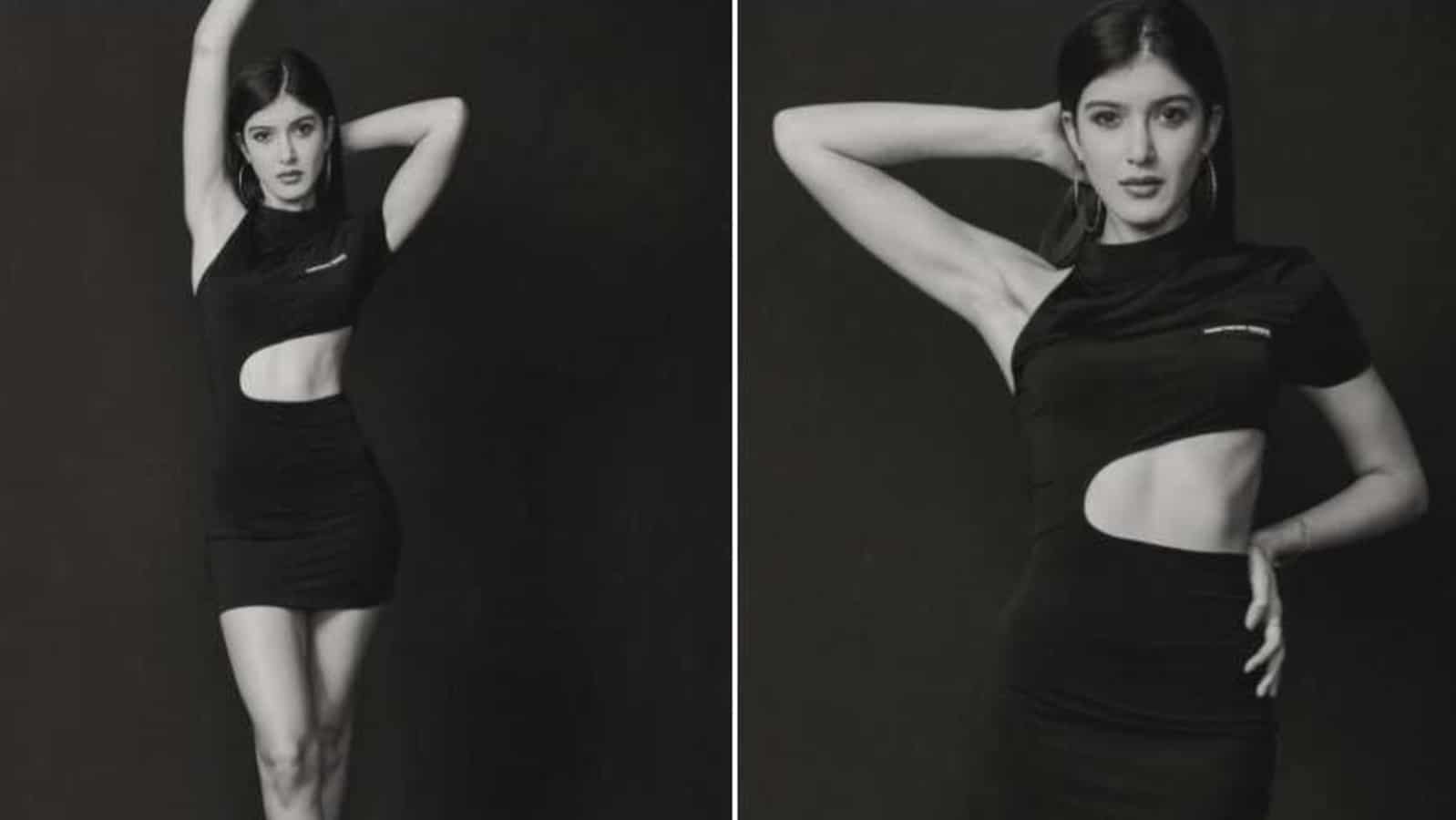 The younger Kapoor sisters are taking the fashion sphere by a storm. Khushi and her cousin Shanaya Kapoor have become the face of Gen Z style and they make headlines whenever they share new images on social media.

Their wardrobes not only consist of high-end designers but they have ample affordable pieces as well, which makes their sartorial picks more famous.

Shanaya Kapoor recently shared black and white images of herself from a photoshoot and was instantly showered with love by followers. For the shoot, the stunner wore a black bodycon dress flaunting her lean figure.

The jersey cut dress featured only one short sleeve and an asymmetric cut on the other. It even had cut out details on the left side of her waist which showed off Shanaya’s toned abs.

The mini dress that was made from a stretchy material also had a monogram on the left side adding character to the ensemble.

Keeping the accessories to a minimal, Shanaya just wore a pair of delicate hoop earrings and completed the outfit with black leather ankle-length booties.

To add a chic twist to the look, the 21-year-old opted for a subtle makeup which included smokey eyeshadow with smudged eyeliner teamed with mascara-clad eyelashes and a glossy lip.

She even left her freshly blow-dried straight hair open. Shanaya shared the images on Instagram with the caption, “b&w series w tanny (sic).” This look was put together by celebrity stylist Tanya Ghavri.

Check out some of the stunning looks of shanaya Kapoor black dress below :

Dua Lipa takes on the great outdoors in a crop top, Check out