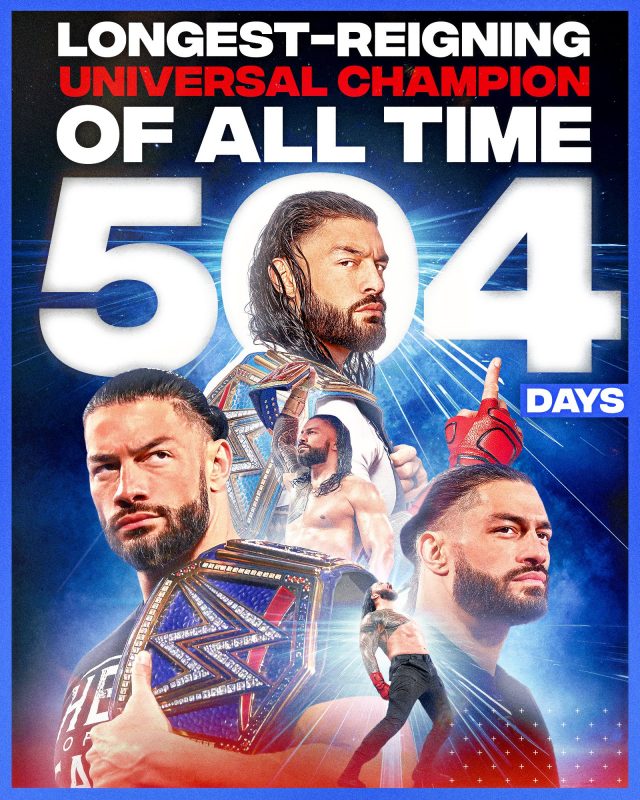 This Sunday marked Roman Reigns’ 504th day as the Universal Champion, surpassing Brock Lesnar previous record of 503 days from 2017-2018 which came to an end at the hands of none other than The Head of The Table himself.

After making his return at last year’s SummerSlam and aligning with Paul Heyman, Reigns claimed the Universal Title for a second time at WWE Payback in a grueling No Holds Barred Triple Threat Match and has since gone on to vanquish all who stood in his path, including WWE legends Edge, John Cena and The Beast.

The Head of the Table is one of two WWE Superstars, the other being Lesnar, to hold the Universal Championship for more than 500 days.