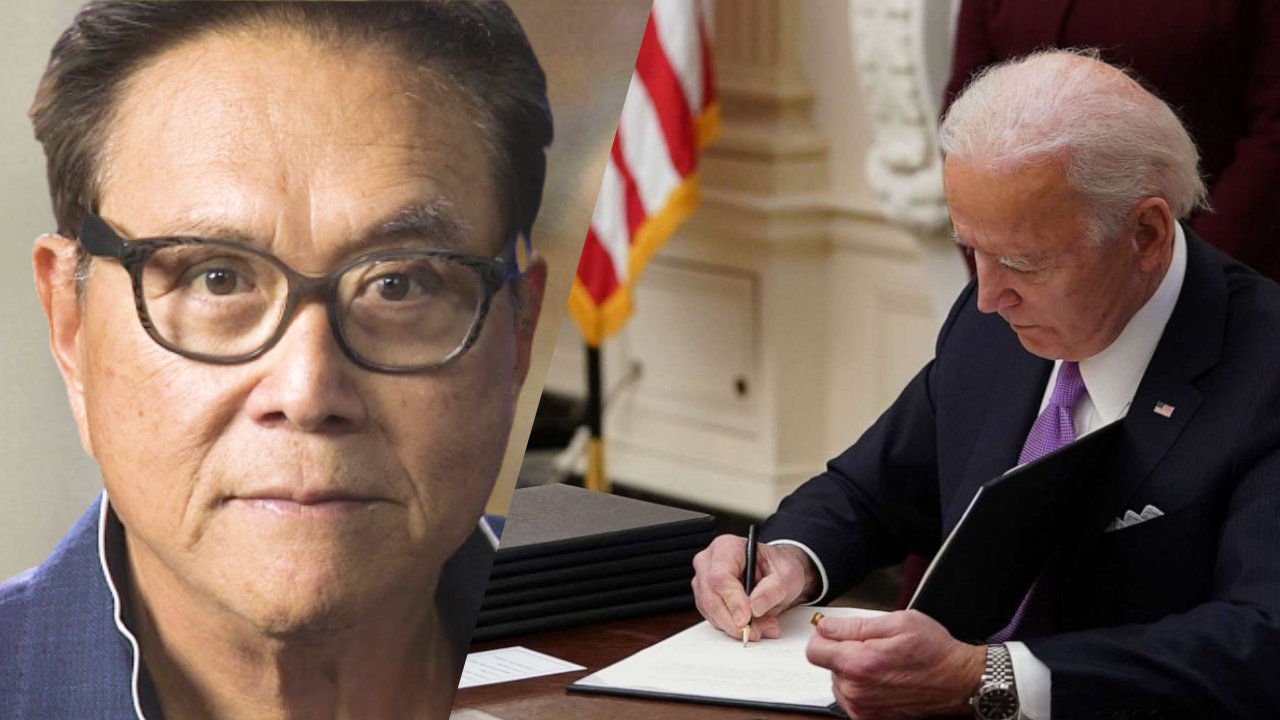 The author of Rich Dad Poor Dad, Robert Kiyosaki, has made several gloomy predictions and bleak warnings over the past couple of days.

Rich Dad Poor Dad is a 1997 book co-authored by Kiyosaki and Sharon Lechter. It has been on the New York Times Best Seller List for over six years. More than 32 million copies of the book have been sold in over 51 languages across more than 109 countries.

On Tuesday, he tweeted to his 1.8 million followers, “Do you have a plan B?”

The famous author proceeded to warn that we are in the biggest bubble in world history, citing bubbles in stocks, real estate, commodities, and oil. As far as the future outlook, he warned about hyperinflation and a depression. Kiyosaki tweeted:

We are in biggest bubble in world history. Bubbles in stocks, real estate, commodities & oil … Future? possible depression with hyperinflation.


He then explained that his plan B is to “be an entrepreneur.” Specifically, “stay out of [the] stock market, create own assets, [and] use debt as $,” he wrote.

This is not the first time that the famous author warned about a depression. In December last year, he similarly predicted that a depression is coming.

Kiyosaki often tweeted blaming President Joe Biden, his administration, and the Federal Reserve for high inflation and destroying the U.S. dollar. Last week, the Rich Dad Poor Dad author advised investors how to profit from inflation and invest like a capitalist.


Until Tuesday, Kiyosaki had been bullish on bitcoin. He often recommended buying gold, silver, and bitcoin as a hedge against inflation

However, he tweeted Tuesday morning that he expects the U.S. government to seize all cryptocurrencies.

He explained that after President Biden signed an executive order regulating cryptocurrencies, the next step would be to launch a “Fed crypto.” After that, he believes that all cryptocurrencies will be seized and folded into the government crypto. “Bye-bye bitcoin,” he wrote.

Kiyosaki’s crypto prediction has been heavily criticized in the crypto community, with many people stressing that he should have waited to see what’s actually in the executive order before speculating recklessly on it.

The message I take from this executive order is that the federal government sees cryptocurrency as a legitimate, serious, and important part of the economy and society.


In addition, decentralized cryptocurrencies, like bitcoin and ether, cannot be frozen or seized directly within the network. U.S. Senator Ted Cruz recently described: “One of the reasons why I’m so bullish on bitcoin is because it is decentralized and not controllable.”

In The Morning | Jennifer Lopez | Music with Lyrics