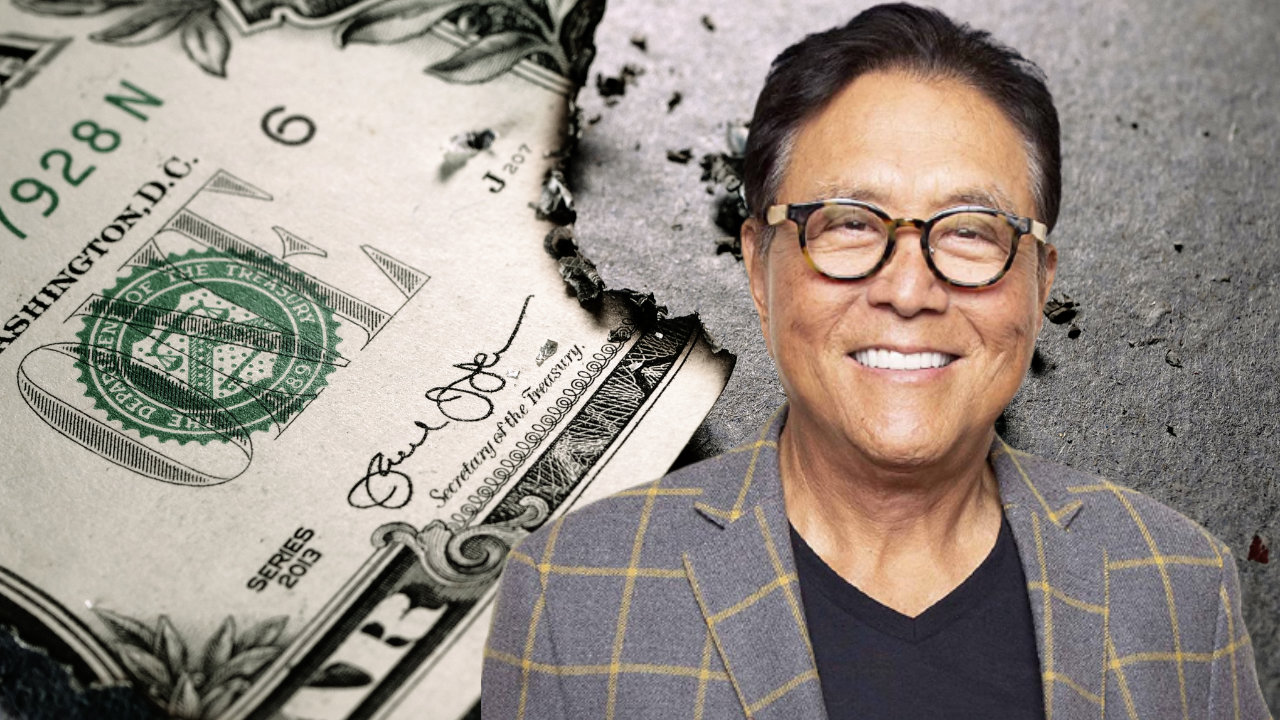 The author of Rich Dad Poor Dad, Robert Kiyosaki, discussed bitcoin, the Russia Ukraine war, and the end of the U.S. dollar in a series of tweets Tuesday.

Rich Dad Poor Dad is a 1997 book co-authored by Kiyosaki and Sharon Lechter. It has been on the New York Times Best Seller List for over six years. More than 32 million copies of the book have been sold in over 51 languages across more than 109 countries.

Citing that many Russians are using bitcoin as a lifeline after the Russian ruble collapsed, he wrote: “Ukraine/Russian war giving rise to crypto as a safer haven than government fake fiat money.”

Kiyosaki also tweeted Monday that the Biden administration and the Federal Reserve “want inflation to pay off trillions in debt,” advising:

[The] best investment may be stocking products you will always use such as toilette paper, trash bags, canned goods, frozen foods, gold, silver, bitcoin.

He explained further in a different tweet about investing in oil. “I do not invest in oil companies such as Mobile or Exxon. I invest directly into oil wells. Higher risk for higher returns. Tax breaks fantastic. Two wells came in last week as oil went from $70 to $130. Rich get richer but poor suffer,” the famed author wrote.

His predictions were heavily criticized on social media, with many people telling him that not all cryptocurrencies can be seized. For example, decentralized cryptos, like bitcoin, cannot be seized within the network and the government will have a tough time going after self-custodied cryptocurrencies.

Kiyosaki Discusses the End of US Dollar

Kiyosaki also discussed the end of the U.S. dollar Tuesday. He noted that the U.S. hegemony is ending and the U.S. is becoming less of a world power.

Several people have publicly spoken about the U.S. dollar losing its dominance since the war between Russia and Ukraine began, including veteran investor Jim Rogers who co-founded the Quantum Fund with billionaire investor George Soros. “What is happening with the U.S. dollar now is the end of the U.S. dollar because an international currency is supposed to be neutral but in Washington, they are now changing the rules,” Rogers explained.

Ariana Grande – off the table ft. The Weeknd | Live Performance with Lyrics