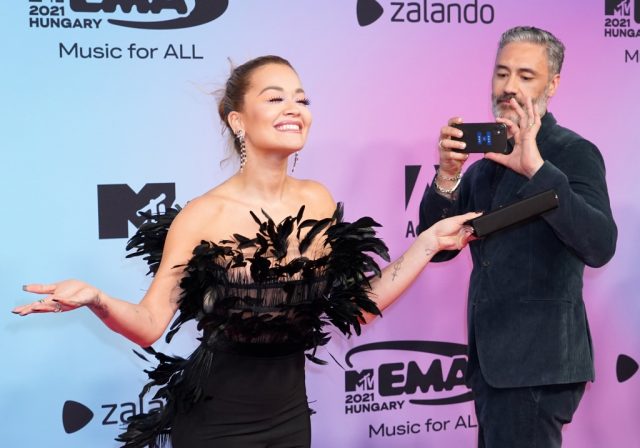 The “Let You Love Me” singer wore a black feathered jumpsuit which featured a long sweeping train.

As Waititi let the star have a solo moment, he was captured adjusting her train before capturing his own content.

First on an iPhone before switching to a huge DSLR camera. Don’t think for a second that it was all serious business. Waititi enjoyed wrapping himself up in the train for a moment all his own.

The ceremony was held at the at the Papp Laszlo Budapest Sportarena in Budapest where Ora served as a presenter alongside Winnie Harlow, Ryan Tedder, Drew McIntyre, Olly Alexander, Joel Corry and Manu Gavassi.

Check out some of the stunning pictures of Rita Ora and Taika Waititi at MTV EMA :