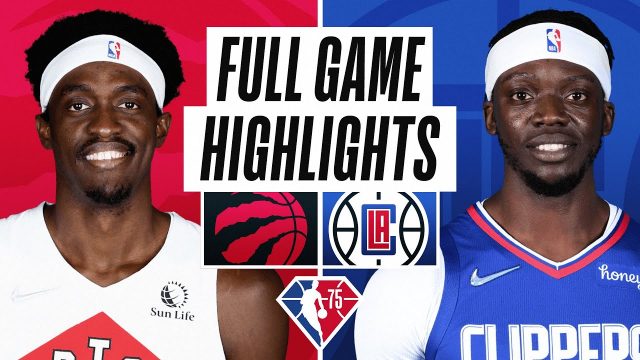 RAPTORS vs CLIPPERS | NBA FULL GAME HIGHLIGHTS : The Toronto Raptors defeated the LA Clippers, 103-100. Pascal Siakam led all scorers with 31 PTS and 12 REB for the Raptors, while Fred VanVleet added 21 PTS in the victory.

Reggie Jackson tallied 23 PTS and 9 AST for the Clippers in the losing effort. The Raptors improve to 39-30 on the season, while the Clippers fall to 36-36.