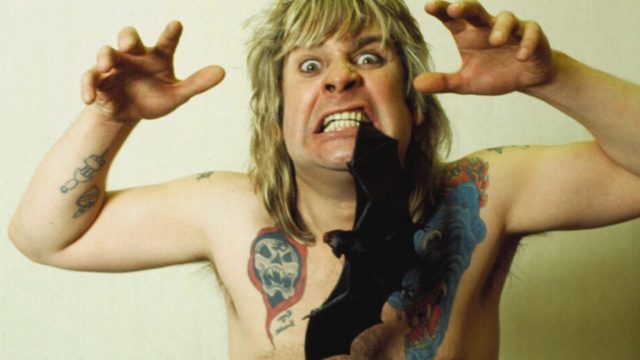 Following the stampede of celebrities getting into non-fungible tokens (NFTs), Ozzy Osbourne is joining the fray with his upcoming “Cryptobatz” collection, according to a Rolling Stone article published on December 27. Osbourne also told the masses via his Twitter account and told his followers to follow the official Cryptobatz Twitter account. In the Prince of Darkness’s usual style he tweeted:

According to Rolling Stone author Nick Reilly, the NFTs are a nod to the time when Osbourne bit the head off a bat on stage in 1982. The rock and roll singer also told his Twitter fans to join the Cryptobatz NFT Discord server to get on the pre-sale whitelist. However, not everyone was pleased with the Prince of Darkness’s decision to mint NFTs.

“I implore you to please look into the environmental harm NFTs and crypto inflict upon the planet,” one person replied to Osbourne on Twitter. “As you’ve been someone who claims to care about global warming and the destruction of earth,” the individual added.


The official Cryptobatz NFT Twitter account explained that the Discord server hit 11K members in less than 24 hours. “The community we’re building is incredible [and] to celebrate we’re giving away 100 presale mint spots,” the Twitter account said on Tuesday afternoon. Additionally, the project has a website cryptobatz.com which showcases the project’s creators, the roadmap and “Mutantbatz.”

Osbourne’s Cryptobatz NFT web portal shows that the NFTs offer something similar to the Bored Ape Yacht Club’s (BAYC) ability to transform into mutant apes. Cryptobatz can transform into Mutantbatz which allows owners to get a special NFT in addition to the original after it is “bitten.” There’s also “Ancientbatz,” which gives Cryptobatz owners the exclusive ability to access a “life-changing treasure hunt.”

“I’ve been trying to get in on the NFT action for a while so when I asked Sharon for a Bored Ape for Christmas after several failed attempts of buying my own, and she said no, so I decided to create my own,” Osbourne statement in the Rolling Stone article notes. The animated rock star added:

Cryptobatz is a f***ing mental project for NFT collectors and fans. The design pays tribute to one of my most iconic on-stage moments and is a chance to acquire a rare piece of art history. I love it.