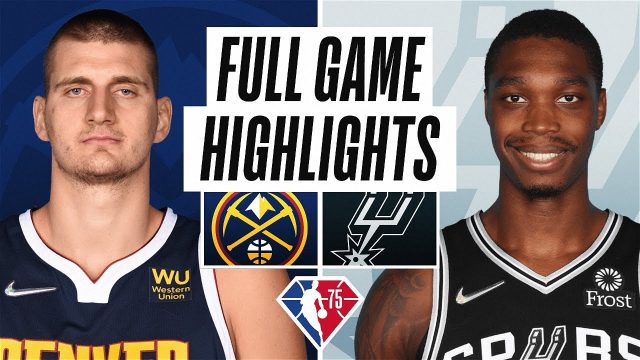 NUGGETS vs SPURS : The San Antonio Spurs defeated the Denver Nuggets, 123-111. Dejounte Murray recorded 20 PTS, 8 REB and 9 AST for the Spurs, while Derrick White added a team-high 23 PTS in the victory.

Nikola Jokic tallied his 3rd consecutive triple-double as he recorded 22 PTS, 13 REB and 10 AST for the Nuggets in the losing effort, his 5th triple-double of the season and the 62nd of his career.