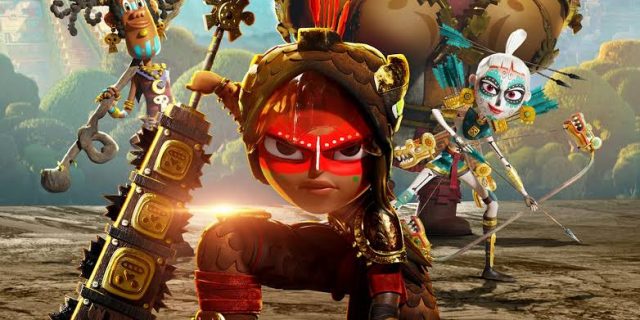 Multiply your courage, by the power of three on an epic journey to save a fantastical world.

Three outcasts from three distant lands, Chimi (The Skull Warrior), Rico (The Rooster Wizard) and Picchu (The Puma Barbarian) will join Maya (The Eagle Warrior) on her mighty quest to stop Lord Mictlan (The god of war) and fulfill an ancient prophecy. Maya and the Three begins October 22 only on Netflix.

From creator Jorge R. Gutiérrez (“El Tigre”, “The Book of Life”) MAYA AND THE THREE is a Netflix Animated Event told in nine epic chapters.

A spirited princess with the heart of a warrior embarks on a mission to fulfill an ancient prophecy and save humanity from the wrath of vengeful gods.