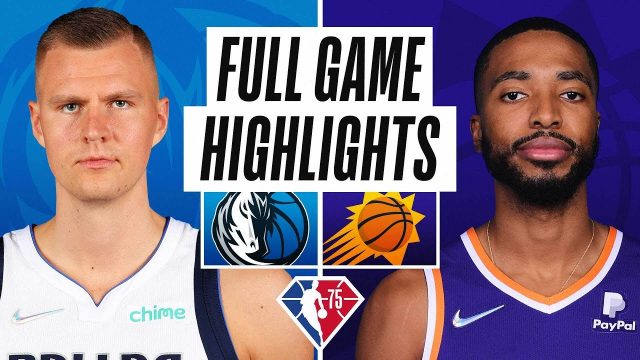 MAVERICKS vs SUNS : The Phoenix Suns have now won 11 consecutive games as they defeated the Dallas Mavericks, 112-104.

Chris Paul led the Suns with 18 PTS, 5 REB and 14 AST, while Devin Booker added a team-high 19 PTS in the victory.

Kristaps Porzingis tallied 23 PTS and 12 REB for the Mavericks in the losing effort. The Suns improve to 12-3 on the season, while the Mavericks fall to 9-6.