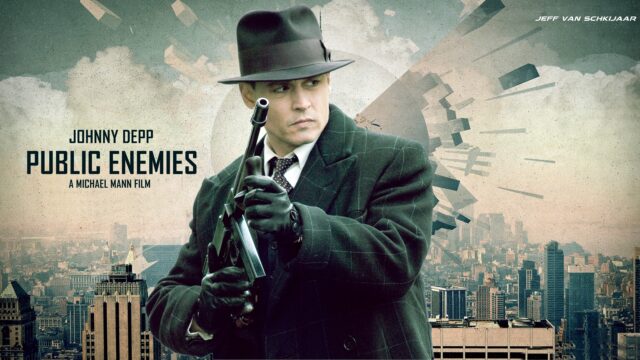 At the start of Michael Mann’s Public Enemies, John Dillinger (Johnny Depp) crafts a thrilling prison break to free his crew from the Indiana State Penitentiary, but loses his mentor Walter in the process.

From award-winning director Michael Mann (Heat, Collateral) comes the film inspired by one of the country’s most captivating and infamous outlaws — John Dillinger.