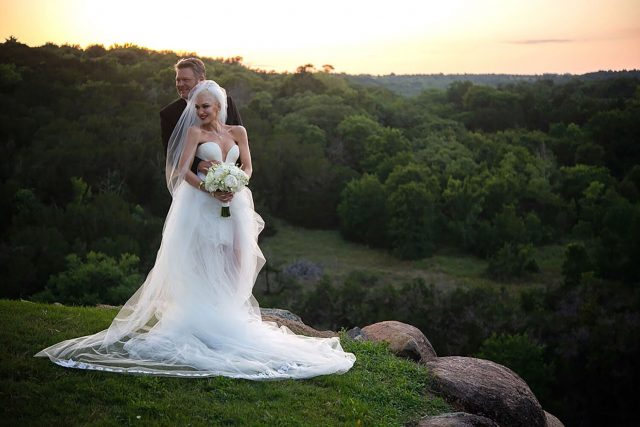 Here is a list of Top 5 Celebrities Who Got Married In 2021 : Ariana grande to Anna faris

Ariana Grande and Dalton Gomez are a couple :

In May, Ariana Grande and Dalton Gomez married in a private ceremony at the singer’s Montecito estate. The bride and groom looked incredibly stunning and in love as they married in front of barely 20 people, including their family and loved ones.

Lily Collins, who starred in Emily in Paris, married filmmaker Charlie McDowell on September 4 at a beautiful wedding in Colorado.

BCollins looked stunning in a Ralph Lauren wedding gown. After getting engaged in September of last year, Lily and Charlie married over a year later.

Blake Shelton, a famous country artist, and The Voice Coach married Gwen Stefani in one of the year’s most talked-about weddings. The couple wedded in their Oklahoma home over the Fourth of July holiday.

Carson Daly, a personal friend of theirs, officiated the ceremony. After previously postponing their wedding due to COVID-19, the couple chose to tie the knot in July of this year with all of their friends and family there.

In November of this year, Paris Hilton and Carter Reum married. Hilton’s late grandpa, Barron, hosted the wedding at his Bel-Air house.

Paris and Carter chose to be married immediately after getting engaged earlier this year. Paris wore six different gowns during the course of the wedding weekend. Oscar de la Renta created her stunning wedding gown.

Anna Faris and Michael Barrett’s wedding was another great surprise for everyone this year. On her podcast, Anna Faris disclosed that she and cameraman Barrett secretly married in a courtroom ceremony in Washington State.

Top 5 celebrities who earns the most from selling merch?

Learn to Replace buggy Microsoft Windows 10 on your PC :...