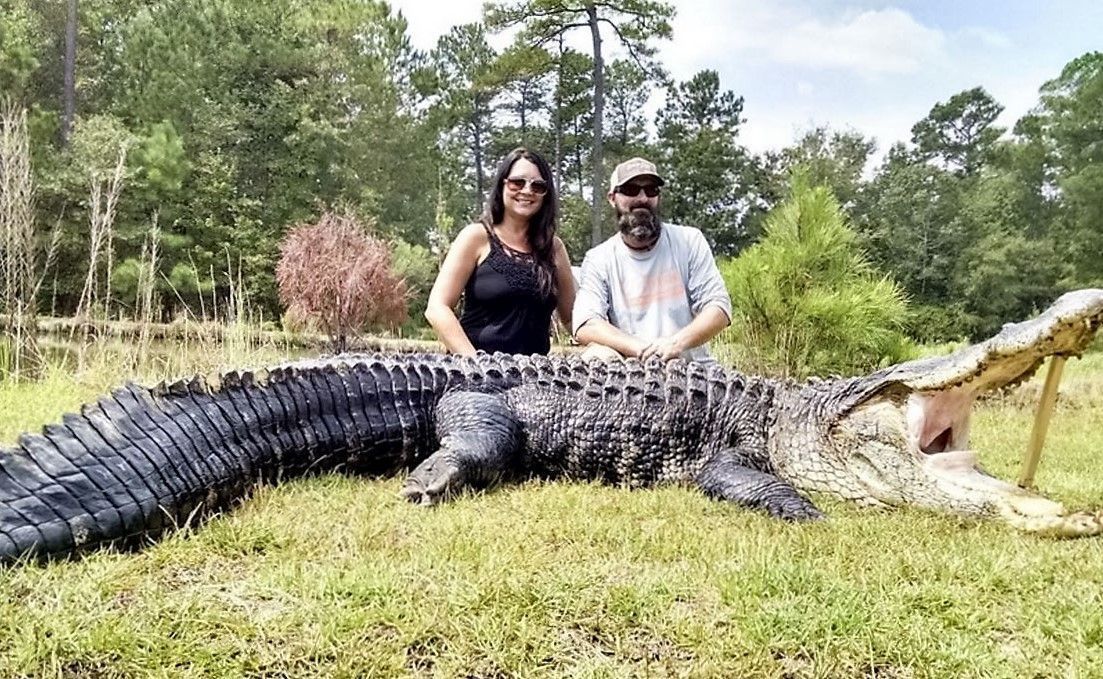 Florida fisherman caught a gator weighed more than 1,000 pounds : For three years Corey Capps had been dreaming of catching the massive alligator in the river behind his home in Blountstown, Florida.

Now he can say he’s done it.

He called his friend Rodney Smith, who had state-issued gator tags that allowed them to legally go after the animal.

“Three different times in the last two months, I’ve been back there fishing and he’s stalked me. … So me and him, something was going to give between the two of us,” he said.

The next day, October 13, Smith and Capps went out on the river in a 12-foot jon boat to seek out the creature. Sure enough, he was in the same spot as the day before.

“We went out and harpooned him…and we didn’t realize—we knew he was big, but not as big as when we pulled him up that bank. Across the top of his head was 16 inches wide,” Capps said.

The gator was so big — over 13 feet, according to Capps — that it took them about three-and-a-half hours to move the animal 100 feet with the jon boat, Capps said.

After getting the gator to shore, they took him to a recycling center in town. Capps said the gator weighed 1,008 pounds, short of the Florida state record, but still massive.

“He’s the biggest one I’ve ever seen,” Capps said.

The Florida Fish and Wildlife Conservation Commission says the record for the heaviest gator caught in the state is a 1,043-pound male from Orange Lake in Alachua County. It was long, too: 13 feet, 10-1/2 inches. The longest gator caught was a 14-foot, 3-1/2 inch male from Lake Washington in Brevard County.

Capps plans to mount the front legs and the head. He sold the rest of the gator to a processing business in Tallahassee.