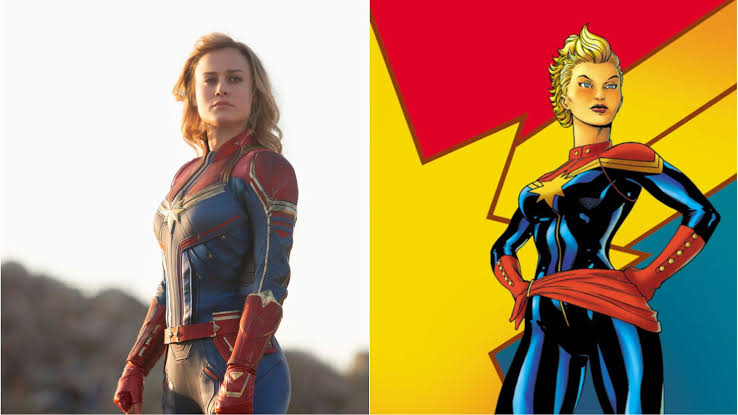 The Captain Marvel name has switched hands many times and the costume has changed as well. Here’s a comparison of the comic book lewks versus the Marvel Cinematic Universe styles, courtesy of Earth’s Mightiest Show. Captain Marvel 2 is slated for July 2022.

Set in the 1990s, Marvel Studios’ Captain Marvel is an adventure from a previously unseen period in the history of the Marvel Cinematic Universe that follows the journey of Carol Danvers as she becomes one of the universe’s most powerful heroes.

When a galactic war between two alien races reaches Earth, Danvers finds herself and a small cadre of allies at the center of the maelstrom.

Iconic Marvel Moments From the MCU!

Iconic Moments from Phase 3 of the MCU!

Cast YouTube videos on TV from laptop or PC/Mac

Walnox - August 1, 2020 0
https://youtu.be/9hXrtRSAH6w When Mr Bean witnesses the theft of a major artwork on a trip to the National Gallery, he gives chase to the culprit and...