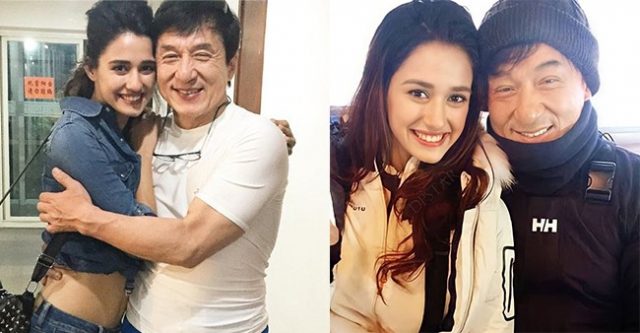 Disha Patani posted a photo with Jackie Chan on Instagram. She can be seen wearing a white jacket in the pic and has a huge smile on her face. The actress is posing with Jackie Chan. The martial arts legend is wearing a black jacket along with a muffler and a woollen cap.

Disha shared another photo as her Instagram story. Along with the pic, she wrote, “This was the happiest day of my life.”

Disha played the role of Ashmita in the film while Jackie played the lead role of Jack. The film also featured a dance number choreographed by Farah Khan and is Jackie Chan’s highest-grossing film in China. Kung Fu Yoga is written and directed by Stanley Tong.

Disha Patani shared a photo of herself in a white bikini. Check out .