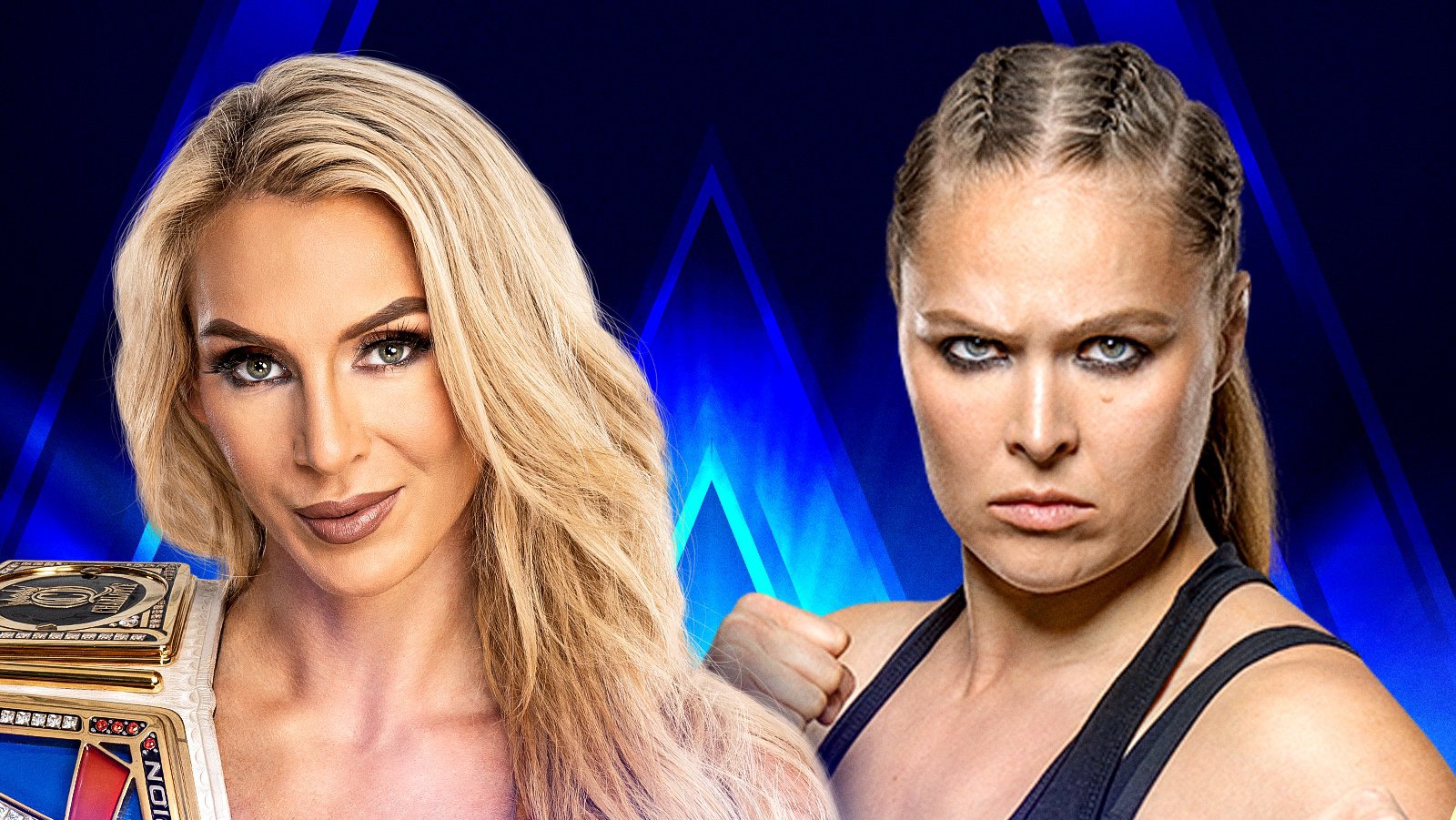 Charlotte Flair vs Ronda Rousey : Rousey tried to flurry with strikes early but Flair used a ref break to get a cheap shot in and take over momentum. Ronda Rousey came back with fire, going at Charlotte Flair with a big judo throw and then locking up a reverse triangle choke in the ropes before Flair was able to take over with an attack on the ring apron.

Flair blasted Rousey with a right forearm to the side of the head and locked in a variation of a dragon sleeper before an arm throw by Rousey and a knee to Flair’s face for a near fall. Charlotte Flair picked up a near fall with a spear on a celebrating Rousey.

As both women kept throwing big moves at each other, Rousey hit an armdrag from the ropes before Piper’s Pit but Flair avoided the follow-up attempt at an armbar.

Ronda Rousey finally locked in the ankle lock but Flair was able to escape the hold and nearly score a pin before Rousey countered with an armbar and pulled Flair face-first into the bottom turnbuckle.

Rousey again went for an armbar, setting up a scramble of reversals before Rousey was able to lock in the ankle lock again. Flair fought out with a series of kicks to the face. Another scramble of submissions led to Flair locking in the Figure-Eight, which Rousey rolled through to break by falling from the ring.

Ronda Rousey hit another Piper’s Pit and Flair was able to get her foot on the bottom rope. As Rousey complained, Flair hit Natural Selection for a near fall. As Flair set up the Figure-Eight again, Rousey kicked her off into the referee, who then missed Flair tapping to an armbar.

As Rousey attempted to revive the referee, Flair hit her with a big boot to pick up the win. The match was a bit sloppy and structured oddly, going for more drama than it delivered but was not bad in any way either. Charlotte Flair (c) def. Ronda Rousey via pinfall to retain the title.

The Mysterios vs The Miz and Logan Paul : WWE WrestleMania 38 results