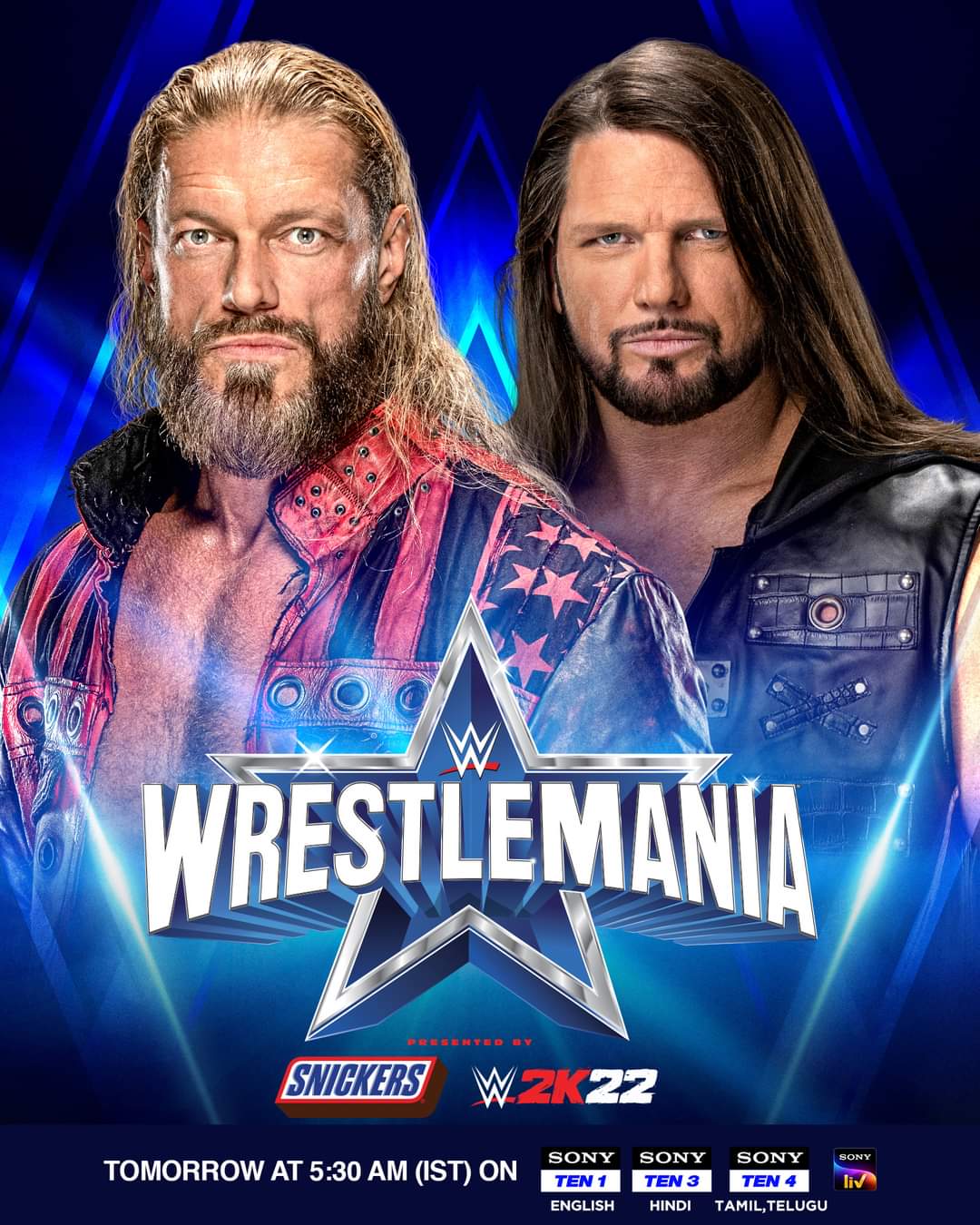 AJ Styles vs Edge : Edge took a smug approach to the start of the match, disrespecting AJ Styles before Styles hit a dropkick and several arm drags to get off to a hot start. Edge tried to come back with a spear, but Styles countered.

Edge came right back to counter a Styles springboard 450, allowing him to take over control of the match. The match came down to Styles attacking Edge’s compromised knee while Edge focused on Style’s injured shoulder.

Edge tried to work toward a crossface, but Styles was able to quickly reach the bottom rope. Styles hit a rack bomb for a near fall as both men continued to bust out some of their biggest moves to try and score the big win.

Edge was able to secure a LeBell Lock, but AJ Styles was again able to escape a submission that focused on his shoulder. Styles drove Edge into the ring apron with a superplex, nearly resulting in a double count out but Styles hit a springboard 450 when Edge got back in the ring, resulting in a near fall.

Moments later, AJ Styles hit the Styles Clash, but Edge barely managed to kick out. Damian Priest made his way to ringside, distracting Styles as he was going for a Phenomenal Forearm. That delay allowed Edge to counter with a spear to score the win.

There had been rumors Edge would be leading a new heel stable involving Priest, so the result was not a shock, though it was a bit anticlimactic considering the hype for the bout and really took a bit away from the whole thing. After the match, Priest and Edge shared a laugh and posed together. Edge def. AJ Styles via pinfall. Grade