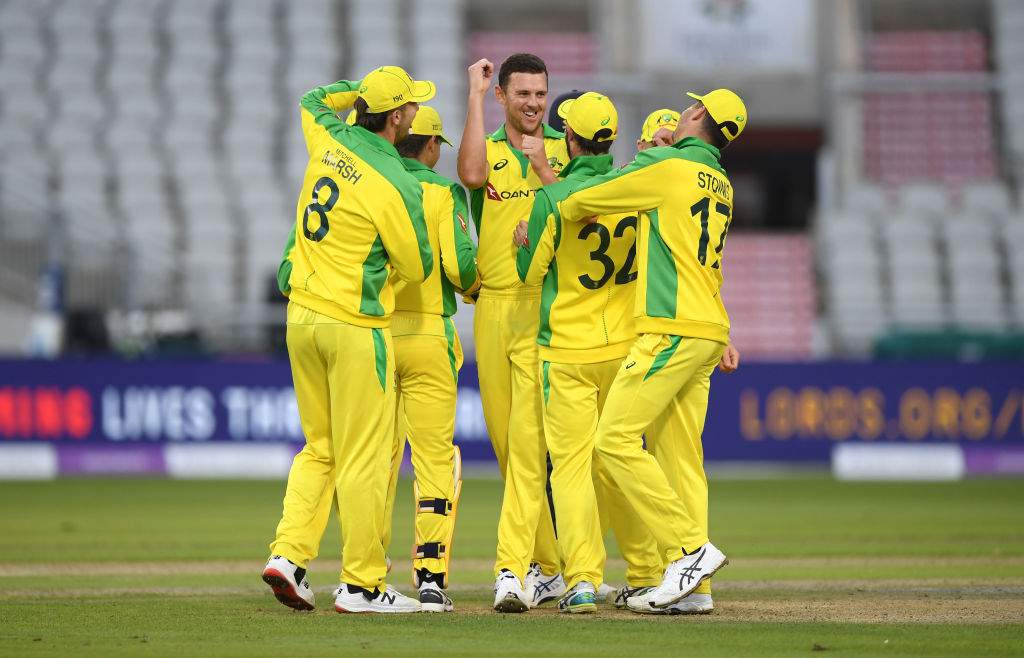 A century stand between Mitchell Marsh and Glenn Maxwell and four wickets for spinner Adam Zampa helped Australia down world champions England by 19 runs in the opening clash of the three-match ODI series at Old Trafford on Friday.

Australia recovered from a shaky start to score 294 for nine in their 50 overs and while Sam Billings struck an impressive century, the hosts were always behind the game.

England put the visitors in and had them reeling on 123 for five but Marsh (73) Maxwell (77) helped Australia rebuild on their way to a formidable total.

After slumping to 57-4 in reply and falling way behind the required run rate it looked bleak for England but Jonny Bairstow and Billings shared a century stand for the fifth wicket to edge Eoin Morgan’s side back into contention.

An inspired Zampa picked up his fourth wicket when Chris Woakes was caught by Maxwell but Billings refused to give up on what would have been the highest ODI run chase at Old Trafford.

England required 66 from the last six overs but Australia, beaten comfortably by England in the World Cup semi-final last year, locked up a morale-boosting victory having lost the T20 series 2-1.

Billings was out on the last ball of the innings for 118 as England finished on 275-9.

Indiana Jones is back with its fifth part!! Read all information about the movie...

Automatically enable Do Not Disturb mode for workout in Apple Watch

Walnox - January 13, 2021 0
Jimmy Uso starts off with Kofi and they go at it. Uso drops Kofi with a big right hand after some back and forth. Jey...